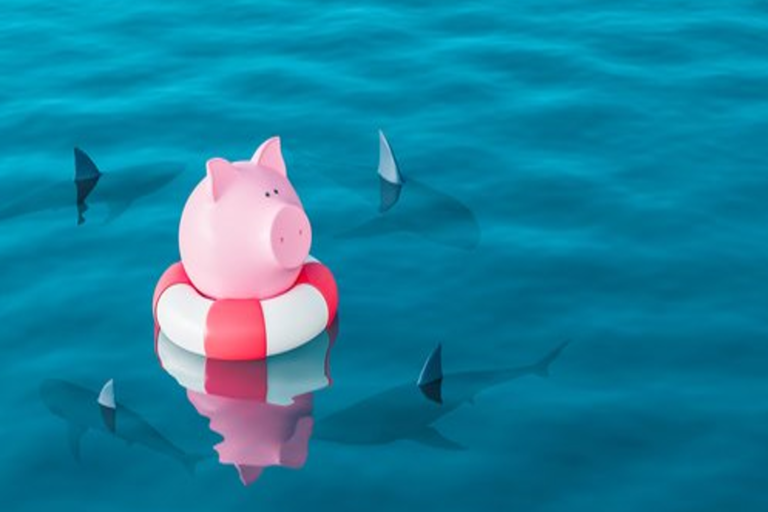 I hate pretzels.  I never want to eat them again.  Why do I hate this delicious, carby, salt laden treat?  The smell alone reminds me of bad decisions.  I survived 6 days on pretzels and two cans of refried beans because I had failed to save money for a rainy day.

It was 2000.  I had just graduated college.  We had all survived Y2K.  And while all computers did not explode as feared, I crashed my car.  A minor fender bender and my beater car was deemed a total loss.  I took the $4500 from my insurance company and excitedly used it as a down-payment on the purchase of a new car (or new to me).  I did a lot right.  I bought a certified pre-owned car with a warranty.  I made sure I would be able to easily afford the monthly payments with my low paying first job.  I even took out the loan through a student credit union for the best rates.  So how did I end up eating pretzels for a week?

Fees!  No one told me how many fees there would be in buying a car.  There were smog check fees, license and registration fees, finance fees, fees for fees.  I had a small amount saved and I threw every penny towards buying that car.

A week later, I pulled my newish car into El Pollo Loco for dinner.  I ordered my chicken and rice bowl.  The total: $4.76.  I swiped my debit card.  DECLINED for insufficient funds.  Panic came over me.  How?  I had been extremely frugal leading up to my car purchase and after.  I drove home to pull my pay stub.  Horror – there were six days until my next pay-check.  I checked my food cabinet.  Two cans of refried beans.  No tortillas.  No bread.  Some coffee sweetener and moldy take-out containers were in the frig.

I had graduated college in three years, with high honors.  I had received awards for academic excellence.  I was smart.  I was employed. And, yet, I had only $2 in my bank account. I checked everywhere for some random change.  Drawers, purses, pockets.  I came up dry.

At work, there was a huge jar of pretzels in the office.  I indulged heavily.  Taking handfuls several times a day.  I worked in an admin office at the college I graduated from and during my lunch breaks, I wandered the campus in search of free food.  There is an abundance of free food on college campuses – hence my freshman 15…

It was a long few days.  The weekend was the worst.  I asked a friend to buy me a meal.  I was hungry, but the real pain was to my ego.  I was embarrassed.  I felt out of control of my whole life.  My first major purchase as an adult, and I had failed.  But it was through this immense personal disappointment that I learned the importance of keeping an emergency reserve.  Never again would I subsist off pretzels.

From then on, even making a low wage, I squirrelled away $20 per month for emergencies.  It added up over time, and guess what, a few years later, when I had gone back to law school, I needed those emergency funds.

But how do we teach kids about emergency savings?  I’m pretty sure denying your kids food would only get you a visit from Child Protective Services.  You can, however, introduce FOMO (fear of missing out).  When your kids have money from birthdays or other earnings, they probably want to immediately spend it.  They have every dime allotted to some whim before the check is deposited.  “How fun”, you say, “that looks cool”, and then… you introduce the FOMO.

“That’s a cool nerf gun.  It looks a lot like the one you have.  I’d probably wait to see if there is something more interesting out there, but it’s your money.  It would be a bummer if something new and cool comes out and you don’t have any money left.”

“Another stuffed animal?  Sure, it’s up to you.  I would probably save it for our vacation where you might be able to get something you’ve never seen before.”

FOMO – the fire proof liner against cash burning a hole in their little pockets.  Sew a little seed of doubt, that what they want right now is not only unnecessary, but may actually hurt their chances for something better in the future. This seed will grow into a child who can put time between receipt of money and spending it.  You will see how often your kids will forgo the current wish for the hopes of something better later. When emergency fun pops-up, your child will thank you for encouraging them to save so they don’t miss out.

Learning to stop, assess and postpone the fun of spending is a skill that will translate later.  The discipline of delayed gratification may be the only thing protecting your child from a pretzel diet.

Sign up with your email address to receive news and updates.

About Us Get The App

Let us help you teach your kids healthy money habits in a cashless world.

Money habits are set by age 7.  It is never too late or too early!

Sign-up for our newsletter by entering your email below.